The problem with a fuel pump kill switch is that it's very easy to bypass and run battery power directly to the fuel pump. It's easy to determine when the fuel pump isn't powered up because with the engine off you can actually hear it. Fuel pump kills are very common and widely known in part because of my write-ups several years ago but also because too many people rely solely on a cheap switch as their only security. As a result, fuel pump kills are no longer a reliable way to prevent your car from being stolen.

The idea of killing the PGM-FI relay isn't new. FCM has been describing just how to do this across many online forums for many years. However, FCM doesn't do pictorial write-ups so this has never really caught on.

The PGM-FI Main Relay controls the Fuel Injectors, the Fuel Pump, the O2 sensor, the Alternator, and the Vehicle Speed Sensor. From a thief's perspective, it's much harder to diagnose and bypass the fuel injector portion of the kill. They're going to waste too much time bypassing the fuel pump to no avail.

How To Kill the PGM-FI Main Relay
The Main Relay has a black, low current ground wire. If you put your switch on this one wire, you can kill the entire relay. Some of the Civic's have two wires and you will need to cut both. 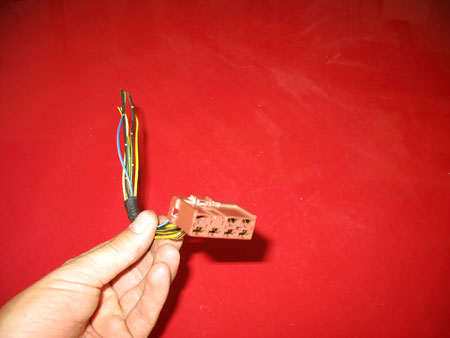 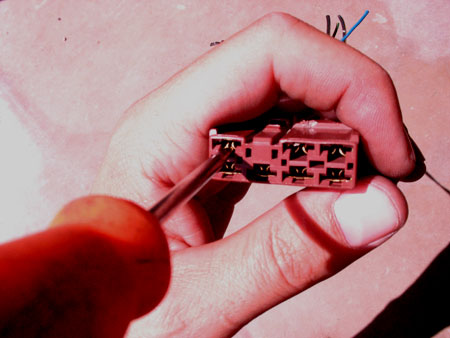 This is optional but to keep the wiring stock and make this process easily reversible, I went to the junkyard and cut a main relay harness. I then de-pinned the black wire to use for my kill switch so I could tuck my original black wire away. 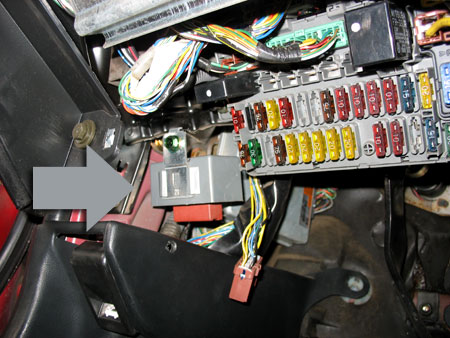 This is your main relay and is exactly the same for all 94-01 Integras and 92-95 Civics and Del Sols. You can remove the 10mm bolt and unplug the harness using a flat blade screwdriver. 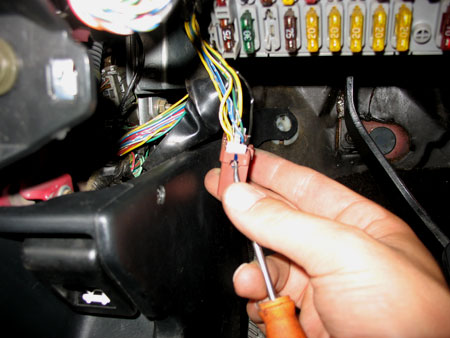 Push the clips in on each side. 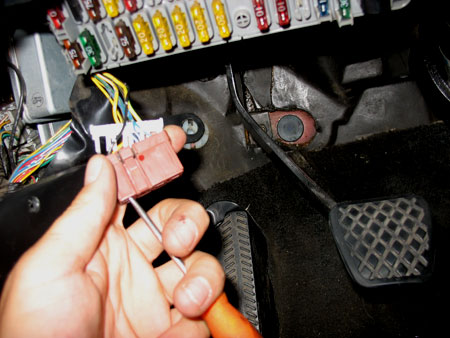 Pry the white clip up but don't completely remove it. You just need to free the black wire. 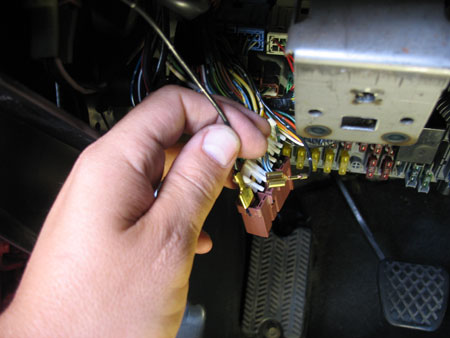 There's a little tab inside that you'll need to flatten down with a straight pick. Press on it while pulling on the wire.

If you need a wiring diagram for a two pin switch then you have no business performing this mod. In fact, I don't know how you even feed yourself.

I wont give you an example of where to mount the switch because in the past I have found that many people are sheep and will imitate it exactly.

To bypass your kill switch someone only needs to ground the main relay. So you'll need to hide it. You can extend all the wires and move it somewhere but for this write-up I'm just moving it up as high in the dash as it will reach. 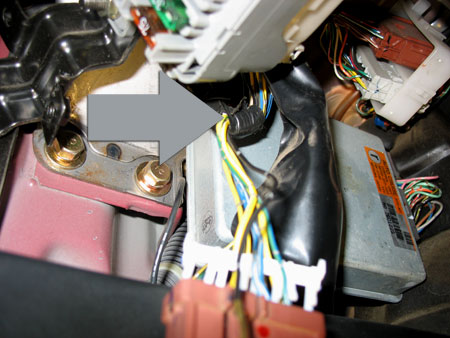 You need to cut the tape to separate the main relay harness from the rest of the wires in the loom. 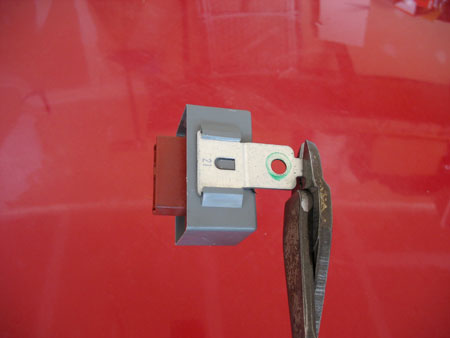 Then I bent this tab so that the bracket would be flat. 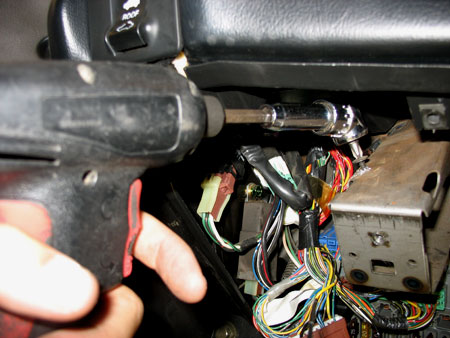 I removed the knee bolster so I can access this spot where I re-mounted the main relay. A thief can still get to it here but if you have an alarm they shouldn't be spending enough time under the dash to find it. 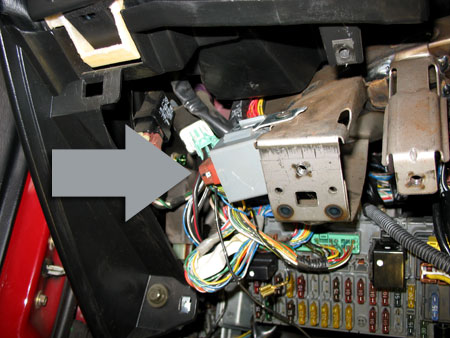 This is what it looks like relocated. After you put the knee bolster and dash panel back on it's invisible when looking up from below.

Make it Work with Remote Start
If you have remote start then you'll want to wire your negative status output wire (22 gauge blue/white on DEI alarms) to the black wire before the switch.

If you find this How-To useful please post a quick reply so I can see if there's enough interest to do future write-ups.
Last edited: May 5, 2012

nice write up manappreciate it

WOW.. very nice writeup.. I may end up doing this

Let me know how it comes out.

im gonna do this after doing my maitnence :thumbs up

Cool. So just leave some feedback afterwards so if anything is misleading or vague I can fix it.

nice write-up, will do this too.

But isn't it there's a security code programmed to the chip in the keys that prevents the car from starting? I went to the dealership recently to get a duplicate key and it took the guy 2 tries to program the code correctly. The first key got incorrect code, it cannot start the car although it fits perfectly and it can crank the engine. The second key with the correct code can start it right away. So, I don't know if you can bypass the ignition and start the engine without the right key.

do you have a rsx?
newer hondas have a laser cut key with a chip in them. this write up is for the hondas that can be opened with any other honda key.

mine is also a teg and it's a 2000 LS model. So does that mean later teg models with chips in their keys are more difficult for the thieves to steal?

but anyhow I'm still gonna do this.

nope. hes probably misinformed. they probably were running a vin or something

Yes, later model Integras came with Immoblizer keys but that didn't prevent the Integra from making #1 most stolen car many years running. And besides that it does nothing to stop someone from stealing everything out of your car. Radios, wheels, seats, and your personal info are common targets.

You can easily bypass an immobilizer and steal an Integra. DON'T RELY ON IT.

im sorry but do you just take out the black wire then put in the junkyard one then connect the othere end to the switch??im a little confuse....
You must log in or register to reply here.